Is it alright to do a summer posting even though summer is basically over?  I’m going to vote “yes” because this is definitely easily adaptable depending on the season or occasion!

I was watching Giada on the food network sometime near the beginning of the summer and she was making a trifle.  It looked very decadent yet simple and quick…which is always appealing!

So when 4th of July rolled around and I was in need of a festive red, white, and blue dessert, a trifle was the first thing that popped into my mind!  I didn’t own a trifle dish and kept meaning to stop by Bed Bath and Beyond…but each day I drove by,  I put it off until the next…and so on.  Oh, did I mention I pass it everyday on the way to work?  That’s how lazy I am!  Before I knew it, it was the 3rd and I hadn’t gotten a trifle dish…so I gave into my laziness and decided I would just make a cake, frost it white, and throw some berries on the top.  I don’t have the patience to decorate a cake with the American flag so 2 colors was going to be as festive as I was going to get.

The morning of Sunday the 3rd was just our typical Sunday with our weekly trip to the dog park.  There are usually garage sale signs out which I ignore, but this week was different and I felt compelled to stop.  Among the boxes of old books and wire baskets, there it was!  A trifle dish!  It was fate!  I was meant to make a red, white, and blue trifle dessert!

Little story!  (that’s how I end my stories that don’t really have a point)

I began by baking a large shallow sheet cake.  Nothing fancy, just Duncan Hines red velvet box mix.  Red – Check!  While the cake was baking, I sugared some frozen blueberries. Blue – Check!  Obviously fresh would be great, but instead I microwaved them for a minute, then stirred, then microwaved, and stirred again…until they were chilled but not frozen.  You have to be a careful not to heat them up too much or they will melt right through the cool whip – White – Check!. 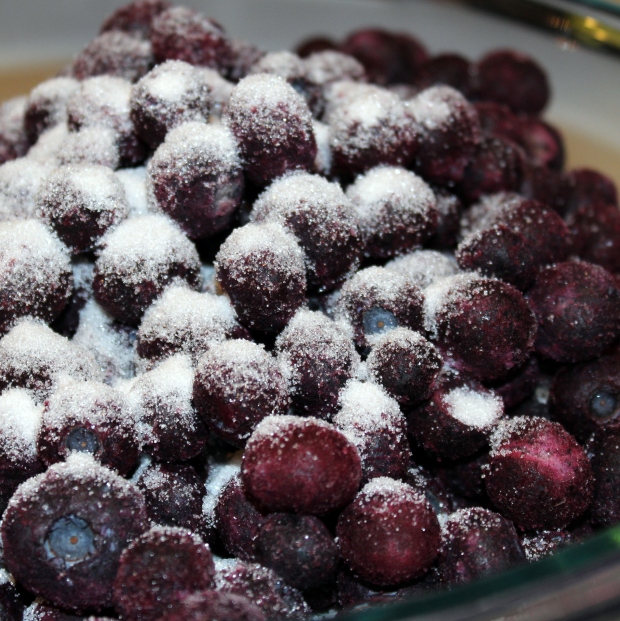 And then for the best part – you just stack!  Once the cake had cooled, I cut it into approx 2-3inch squares and covered the base of the dish, then I spread cool whip (or you could use real whip cream) to the edges of the dish, and spooned the blueberries on top.  I repeated it 3 times until it was right at the edge.  I love watching the sides as the blueberries sink into the cool whip like a little snowy avalanche.  It was the perfect blend of light whipped topping, sweet berries, and slightly rich yet unsweetened cake!  Angel food cake with blue berries and strawberries would be great too! 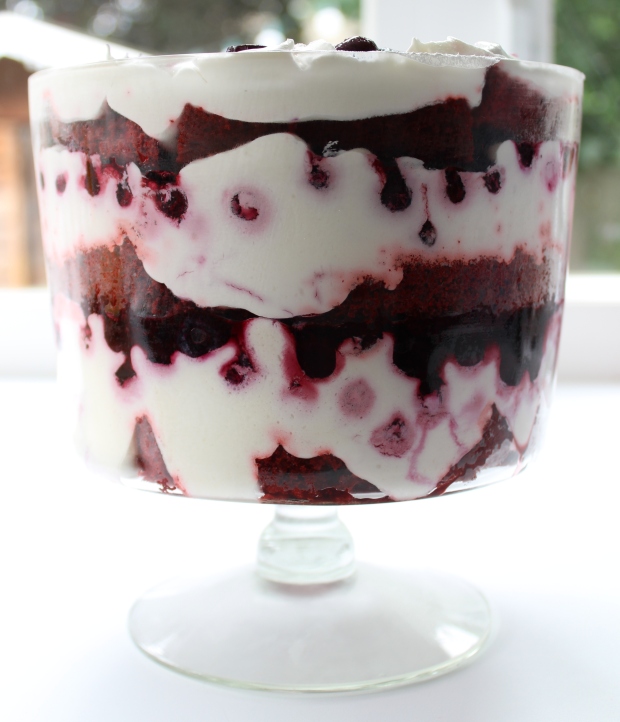 Here are my favorite things about this dessert – It’s easy!  It’s colorful!  Mildly lowfat! (depending on what you use for layers)  It’s quick!  It can be made in advance!  It’s less than $10!  And it can be switched up for any occasion!

For example – I was supposed to go to a dinner party, which got cancelled day of, and I had already made the red velvet cake.  A girlfriend and I decided we would just dinner and catch up, so it wasn’t necessary to make a whole trifle.  Instead I broke out the red wine glasses and made personal trifles!

Then the next week, the dinner was back on! 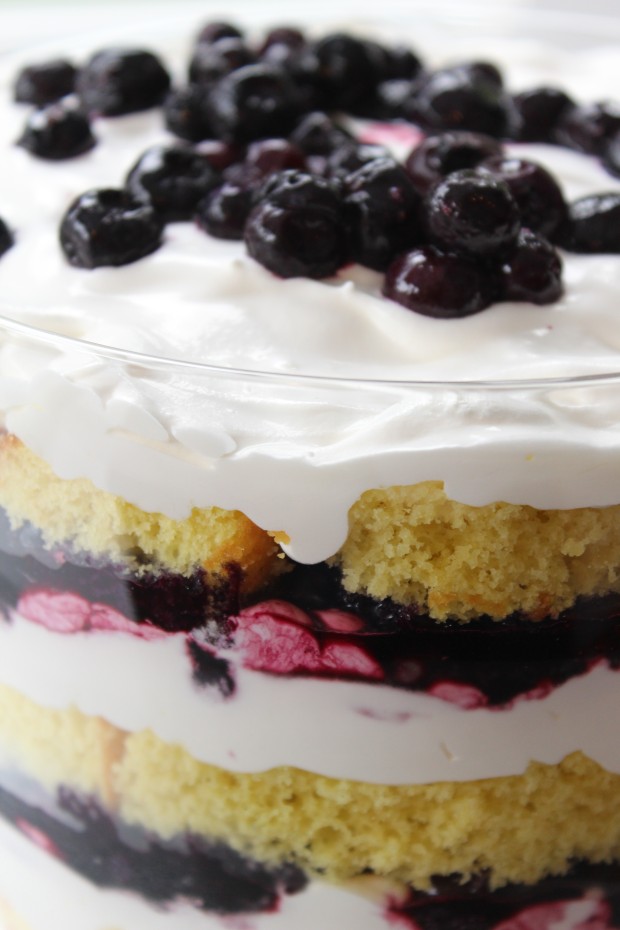 This time I used yellow cake with apple sauce as a low fat alternative!  Tricky I know!

Originally I thought this would conclude my summer of the trifle, but suddenly it occurred to me – Thanksgiving – pumpkin, whip cream, and graham crackers!

I realized the possibilities are endless!  What if you have to go to a:

I feel challenged to make a new combo each month, or maybe each holiday!  What’s your favorite trifle layering combination?